✕
✕
VIEW ALL Spa Pools
VIEW ALL Swim Spas
Our full range
About Sapphire Spas ✕
How to choose a spa
Helping you make the right choices : a spa is a part of your everyday life, so choose one that fits you
How to choose a swim spa
Are you buying a swim spa for family, fitness or fun?
Why choose Sapphire?
Every feature on our simple spaside touchpad control systems has been designed to maximise energy savings
Colour palette
Stylish and sophisticated with the tones and colours that suit your home
Spa accessories
Sapphire Spas accessorires : steps / cover lifters / mySpaSHADE
Spa news : blog
Let us teach you everything you need to know before buying a spa
Responsive Manufacturing Updates
Spa owners information ✕
mySpa@home HELP
Sapphire Spas are here to help once you get your spa home
Your questions?
Look through our FAQs to see if they help, or contact us if you still have a quesion
Spare Parts
We can supply spare parts throughout Australia, via your local Sapphire Spa store
Service request
Contact us if you need assistance; we're here to help
User manuals
Our library of user manuals for all spa componentry: new & old
Warranty & Registration
As an all Australian, locally designed & manufactured spa brand, we offer you a trusted warranty backed by quality controlled manufacturing
Your local store can help
Proudly partnering with retail stores nationwide ✕
WHERE TO BUY : STORES
Sales & support from your local store, in partnership with Sapphire Spas
Contact Sapphire Spas Australia
We're hard at work in our Australian Manufacturing Facility, but here to help if you need us
Proudly Australian
Sapphire Spas was established with the goal to create a point of difference in manufacturing a premium quality spa pool
Proudly exporting Worldwide
Sapphire Spas export has throughout the world, with retail partners in New Zealand, Europe, UK, Reunion Island, Mauritius and Thailand
SPARE PARTS sales
We can supply spare parts via your local Sapphire Spa store
CLICK the stage below that you're looking for information about ✕
PREPARE for your spa
Everything you need to know once you’ve bought your spa, where to put it at home & how to prepare for the delivery
INSTALL your spa
Technical information for your tradies - ask us if you need something that you can’t find in here
ENJOY your spa
mySpa@home HELP is here to guide you every step of the way as you enjoy your new spa at home
Tips & Tricks
We understand nothing ever goes to plan so here’s some knowledge we’ve accumulated over the years that should help you out of most tricky situations
You Tube mySpa@HOME video support
← Back to blog 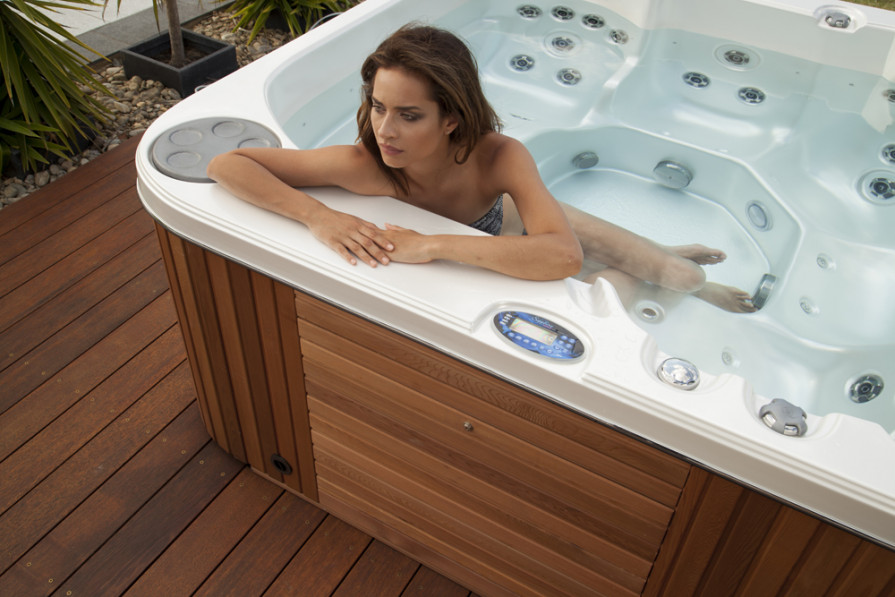 Can I sanitise my spa with salt?

A salt water spa pool seems a great concept and is marketed aggressively as an alternative to using “chemicals” but has a host of issues that need to be explained.

The salt is broken down into chlorine

Any salt swimming pool or spa pool needs an electrically operated cell where the salt  in  the  water  is converted to chlorine. One of the major reasons we no longer sell salt water spa pools is that the salt cell in these spa pools has been extremely  unreliable.  As a result, we have had many customers extremely dissatisfied with the short life of the cell and the replacement cost (RRP NZ$800 just for the cell – fitting is extra). The warranty on these salt cells is only one year. We have had some customers who have had up to 3 cells replaced in a year!  Although  these  were  initially  done  under  warranty,  once  that  warranty  expires, there’s  no  comeback.  We have been left with justifiably unsatisfied customers and the importer of these spas unwilling to assist us in making these problems right.

Salt chlorinator needs manual adjustment by you, the owner

Unlike a swimming pool salt chlorinator, there is no feedback mechanism on a spa pool salt chlorinator. This means you have to manually turn up or down the amount of chlorine you require in your spa. All good if you are a regular user with the same frequency. But if you forget to turn it down and don’t use the spa pool, the levels of chlorine just keep going up.

High levels of chlorine in warm water can cause oxidation damage to the jets, plumbing, headrests and underside of the cover. On the other hand if you suddenly have friends around or a party of kids and all use the spa, there would insufficient levels of chlorine to maintain sanitised water and you’d have to remember to manually add some (it takes 24 hours to complete a boost cycle and create additional levels of chlorine)

Salt levels although low, are sufficient to cause rusting and corrosion of metal componentry in the spa (and the  surrounding  area  –  the  owner  manual  recommends  washing  the  area  around  the  spa  to  remove  salt build  up  from  splashing).  When  these  salt  cells  were  introduced  into  New  Zealand,  the  salt  level concentration  in  the  water  was  set  at  750  parts  per  million  (ppm).  This  level  was  chosen  to  reduce  the effects of salt on the spa components (heater, circulation pump, jets etc). Because the salt cell life became an issue the recommended salt level was raised to 1500 ppm. That still hasn’t solved the problems with cells consistently lasting less than 18 months. The recommended salt level is now 1700 ppm, almost two and a half times the level initially used and recommended as preventing damage to the component

It appears that even with this higher salt level, cell life is still a major issue. Overall the running cost of the salt  water  sanitising  cell  system  can  be  as  high  as  $10-12.00  per  week  for  the  cell  alone  (based on an 18 month life and RRP of at least $800 + fitting). There  is  an  additional  cost  of  the  balancing  chemicals  and Nature 2 which is now recommended in conjunction with the salt chlorine system. This can bring the weekly  cost to over $15.00 before  power  consumption  is  calculated,  making  the  claims  as  ‘the  cheapest  lifetime ownership’  extremely  hard  to  prove.  You  also  still  need  to  balance  your  water  and  maintain  correct  pH (through use of chemicals)

We have an ultimate guide to buying a spa pool.

Fill in this form and we'll get you to the guide.